Playwright Trace Viewer is a GUI tool that lets you explore recorded Playwright traces of your tests meaning you can go back and forward through each action of your test and visually see what was happening during each action.

To learn more about available options to record a trace check out our detailed guide on Trace Viewer.

Traces are normally run in a Continuous Integration(CI) environment as locally you can use debugging methods to debug tests. However should you want to run traces locally you can force tracing to be on with --trace on.

The trace-on flag was introduced in Playwright v1.25. Check your package.json to make sure you have at least this version of Playwright installed.

The HTML report shows you a report of all your tests that have been ran and on which browsers as well as how long they took. Tests can be filtered by passed tests, failed, flakey or skipped tests. You can also search for a particular test. Clicking on a test will open the detailed view where you can see more information on your tests such as the errors, the test steps and the trace.

In the HTML report click on the trace icon next to the test name file name to directly open the trace for the required test. 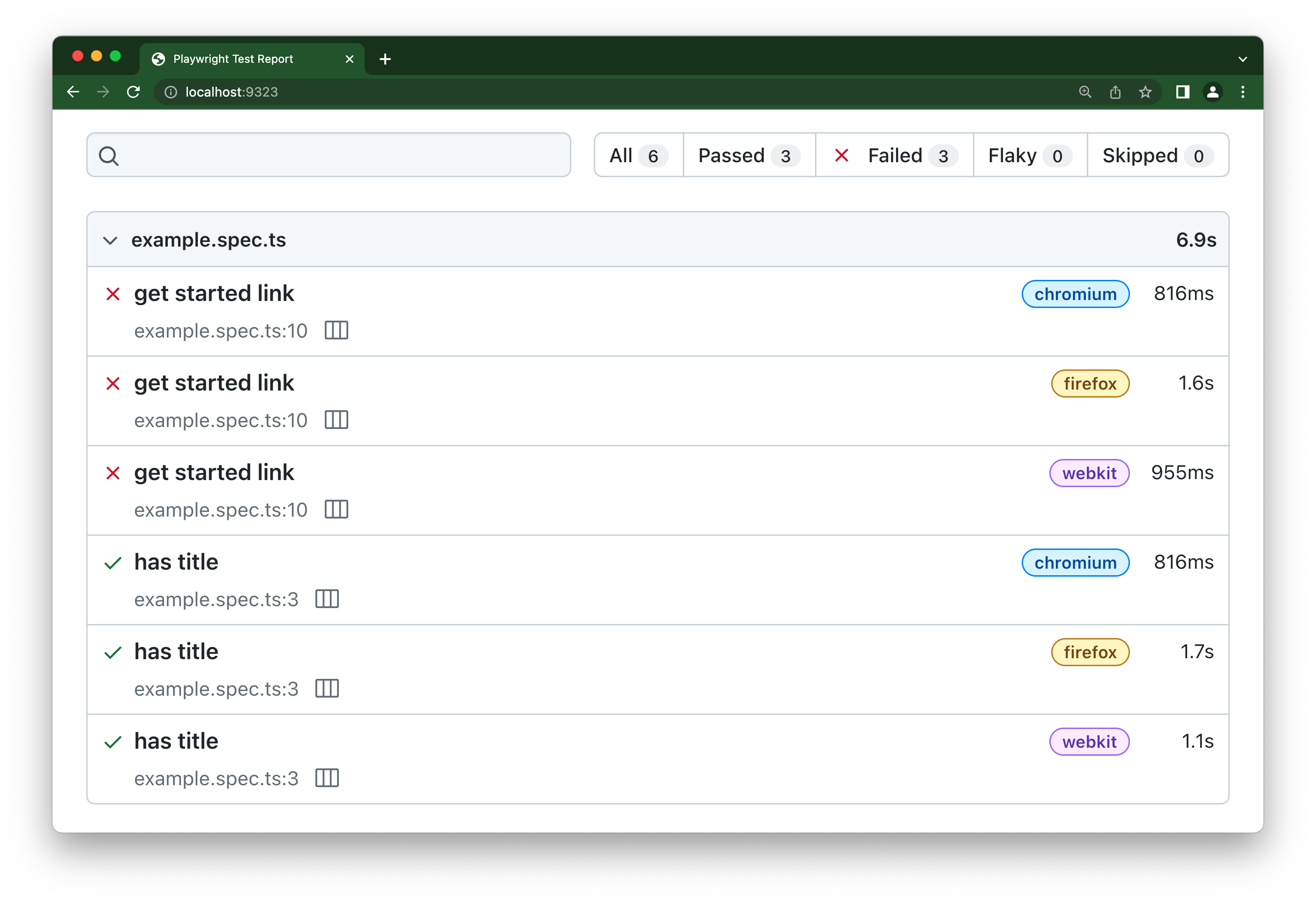 You can also click open the detailed view of the test and scroll down to the 'Traces' tab and open the trace by clicking on the trace screenshot. 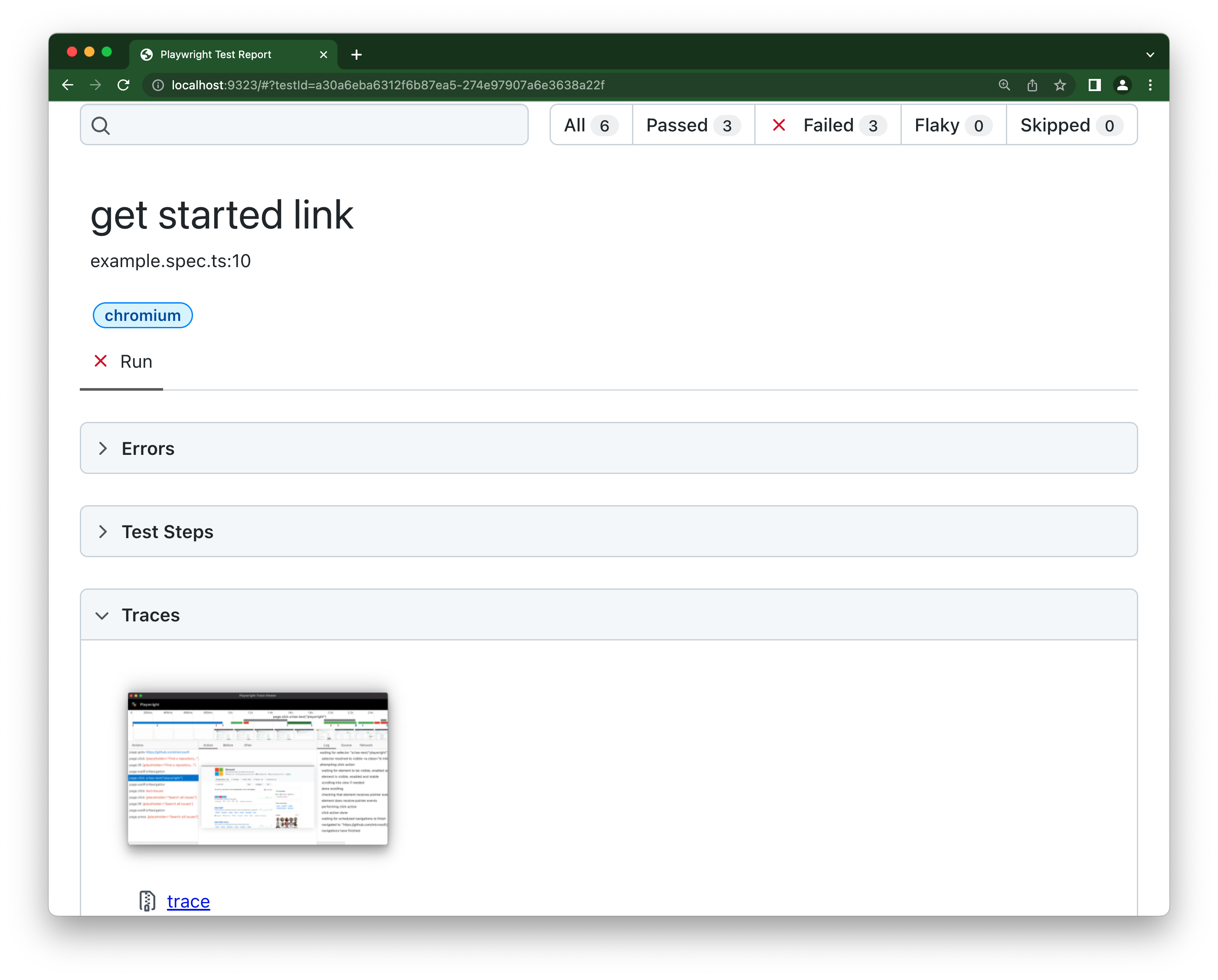 To learn more about reporters check out our detailed guide on reporters including the HTML Reporter.

View traces of your test by clicking through each action or hovering using the timeline and see the state of the page before and after the action. Inspect the log, source and network during each step of the test. The trace viewer creates a DOM snapshot so you can fully interact with it, open devtools etc. 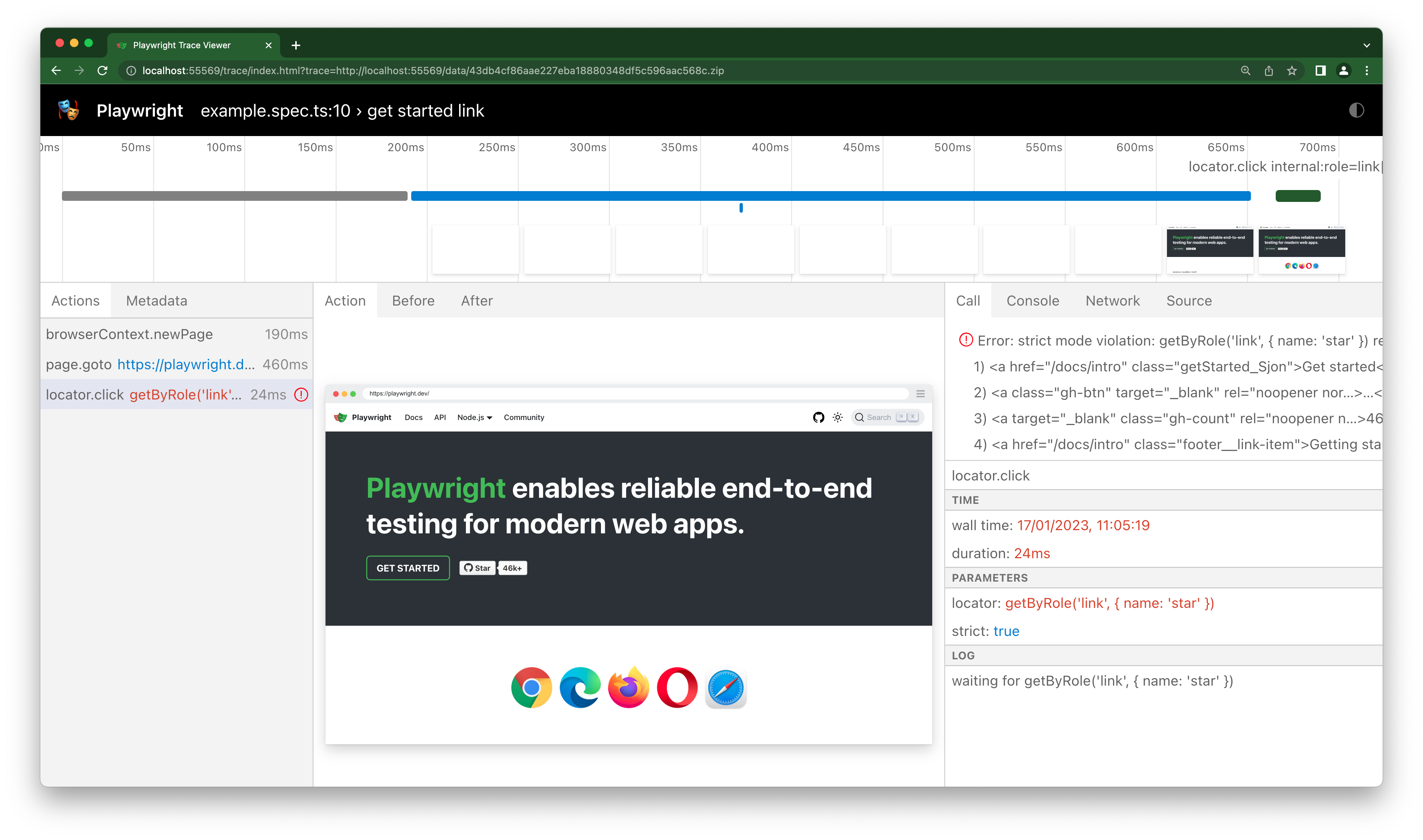 To learn more about traces check out our detailed guide on Trace Viewer.