Read more at our documentation. 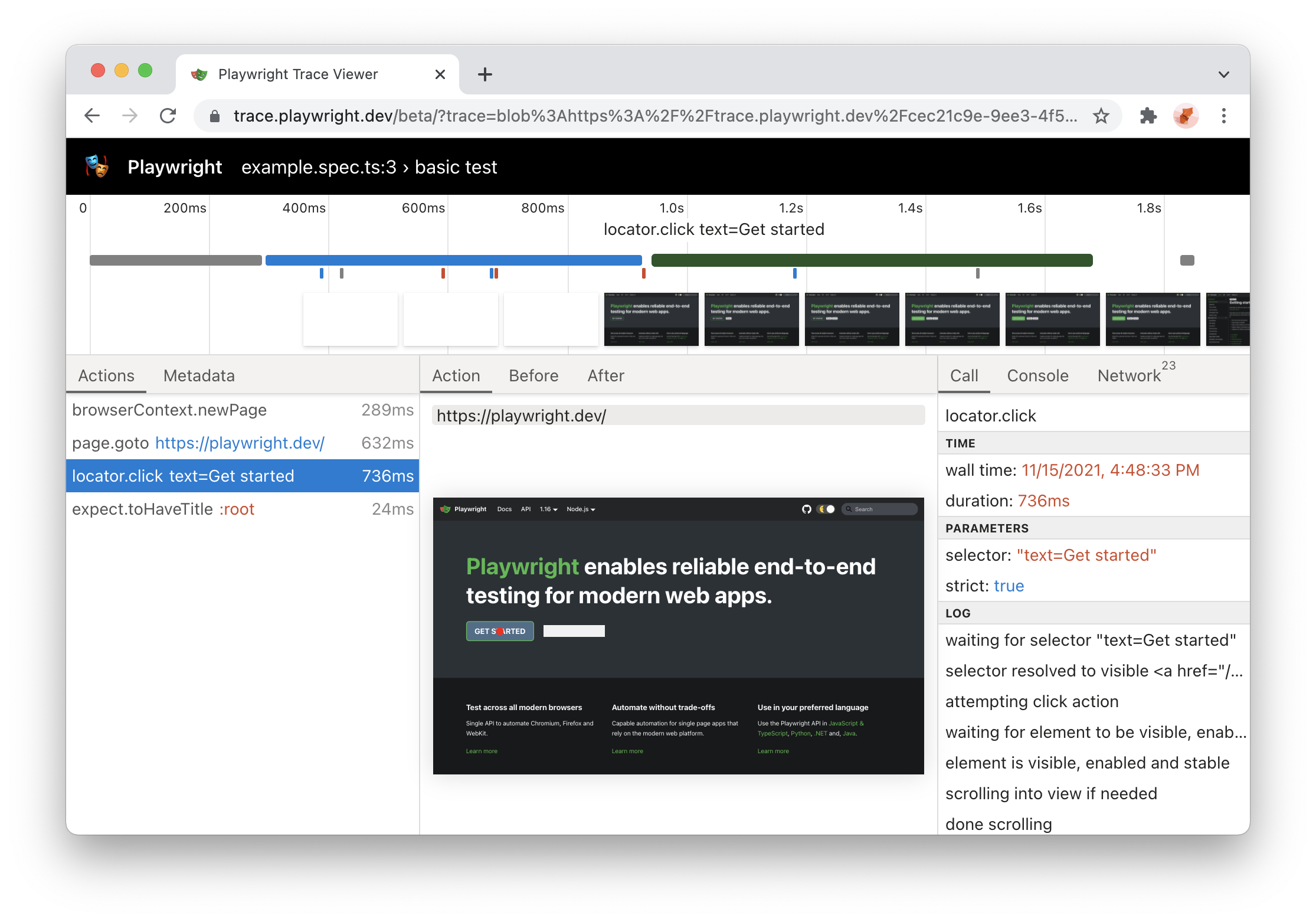 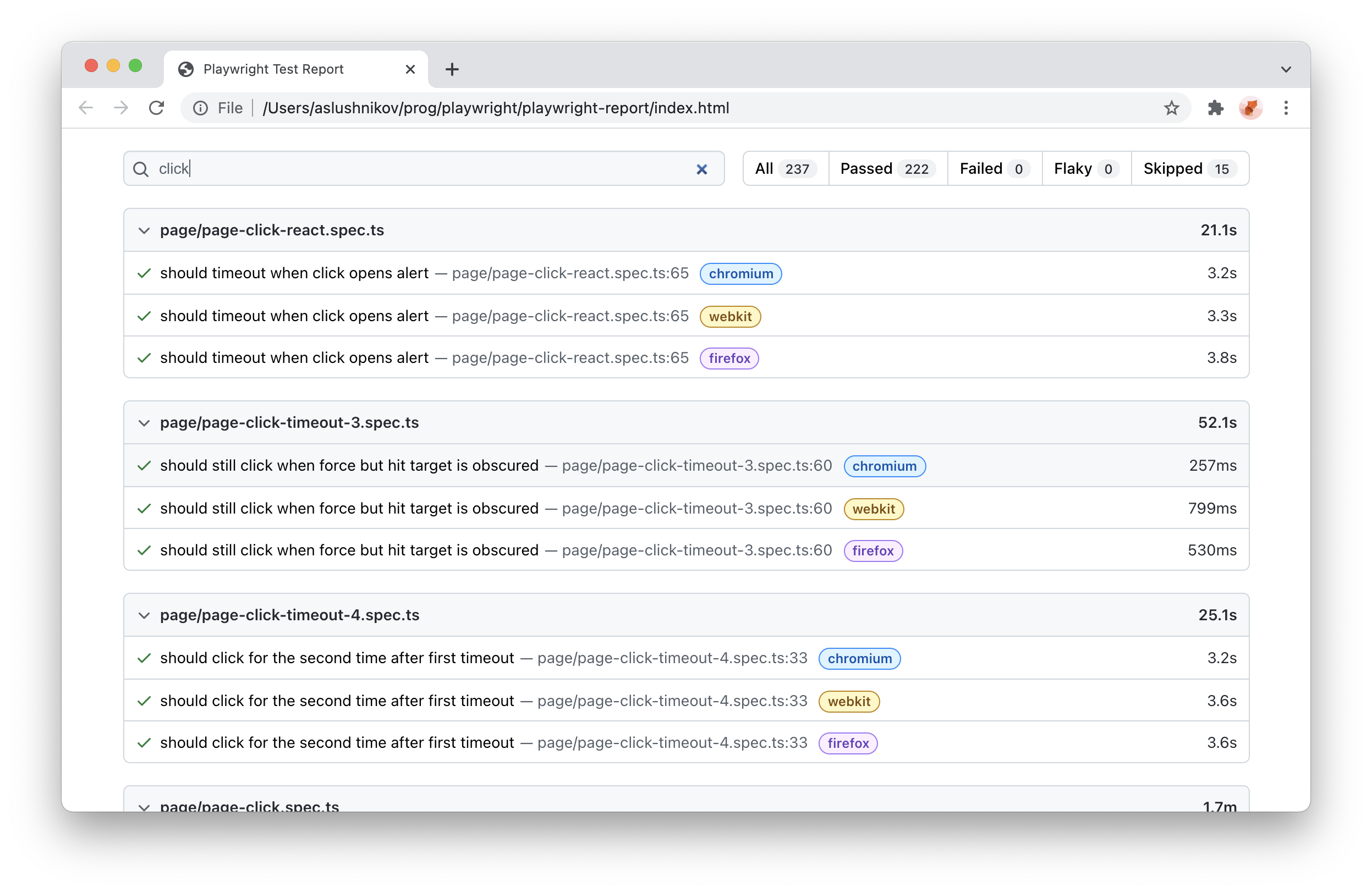 Playwright 1.16 introduces new API Testing that lets you send requests to the server directly from Node.js! Now you can:

To do a request on behalf of Playwright's Page, use new page.request API:

To do a stand-alone request from node.js to an API endpoint, use new request fixture:

Read more about it in our API testing guide.

It is now possible to do response interception by combining API Testing with request interception.

For example, we can blur all the images on the page:

Try it out new HTML reporter with either --reporter=html or a reporter entry in playwright.config.ts file:

The HTML reporter has all the information about tests and their failures, including surfacing trace and image artifacts.

Read more about our reporters.

Wait for a locator to resolve to a single element with a given state. Defaults to the state: 'visible'.

Playwright Docker image is now published for Arm64 so it can be used on Apple Silicon.

By using Page.mouse.wheel you are now able to scroll vertically or horizontally.

Previously it was not possible to get multiple header values of a response. This is now possible and additional helper functions are available:

Its now possible to emulate the forced-colors CSS media feature by passing it in the context options or calling Page.emulateMedia().

🤝 test.parallel() run tests in the same file in parallel​

By using npx playwright test --debug it will enable the Playwright Inspector for you to debug your tests.

Selector ambiguity is a common problem in automation testing. "strict" mode ensures that your selector points to a single element and throws otherwise.

Pass strict: true into your action calls to opt in.

Locator represents a view to the element(s) on the page. It captures the logic sufficient to retrieve the element at any given moment.

The difference between the Locator and ElementHandle is that the latter points to a particular element, while Locator captures the logic of how to retrieve that element.

Also, locators are "strict" by default!

Playwright Test will be re-testing the node with the selector .status until fetched Node has the "Submitted" text. It will be re-fetching the node and checking it over and over, until the condition is met or until the timeout is reached. You can either pass this timeout or configure it once via the testProject.expect value in test config.

By default, the timeout for assertions is not set, so it'll wait forever, until the whole test times out.

Declares a group of tests that should always be run serially. If one of the tests fails, all subsequent tests are skipped. All tests in a group are retried together.

To launch a server during the tests, use the webServer option in the configuration file. The server will wait for a given port to be available before running the tests, and the port will be passed over to Playwright as a baseURL when creating a context.

Traces are examined later with the Playwright CLI:

That will open the following GUI: 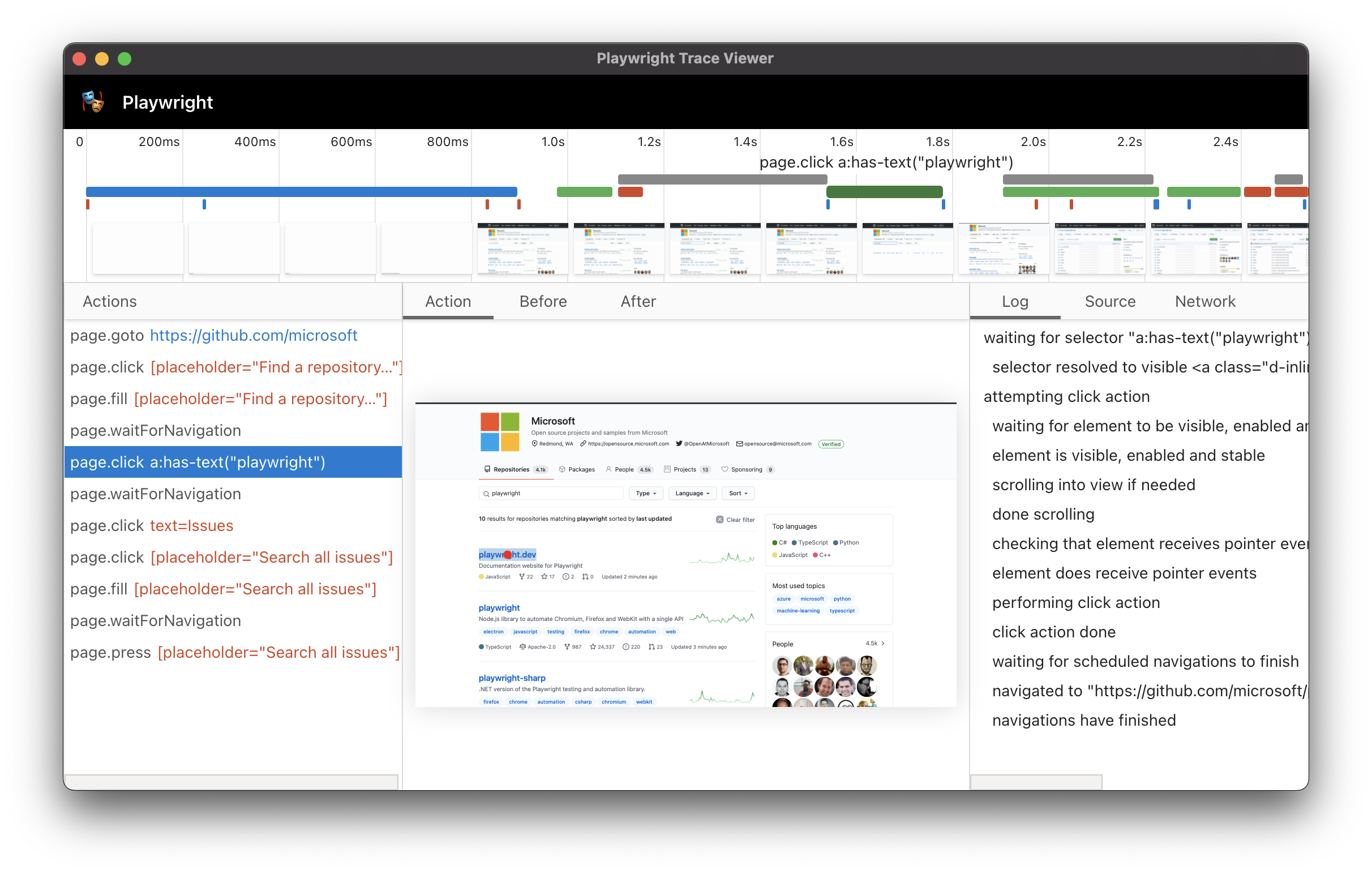